Last year I missed out posting a miscellaneous "tasty stuff" post like I did in 2016, 2015, and 2014.  I simply did not wander into enough hole in the wall restaurants to put together a post.

However, by visiting a ton of places in Asia this year, I have plenty to write about this year.  So here's a list of random tasty stuff I ate in 2018 that didn't get into one of my bigger restaurant write ups. 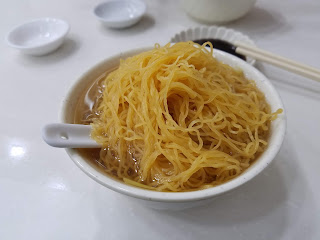 There are many "Mak's" noodles in Hong Kong.  I know that there is a lineage between a very famous chef, his proteges/family members, and all of the "Mak's" noodles around the town.  I don't know this particular restaurant's lineage, but I can say the noodles were delicious.  There's a good "chew" to the noodles that doesn't really exist in more mass manufactured ones. 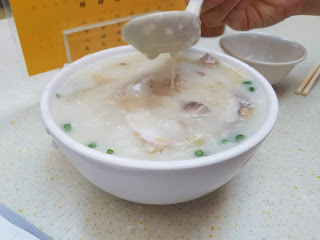 While there are other famous congee places in Hong Kong, this is the one me and my +1 liked the most.  I don't know what they did to make the broth (i.e. it's clearly not just water), but it was delicious. 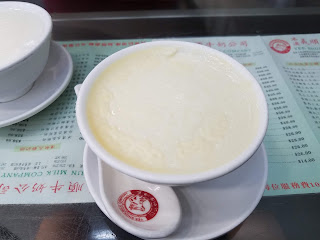 Before my trip to Hong Kong, I don't think I ever had this dish before.  But after trying it, I was hooked.  The above pic is the ginger flavored one, which gave it just a bit of a zing along with the milk.  But the plain one was delicious too. 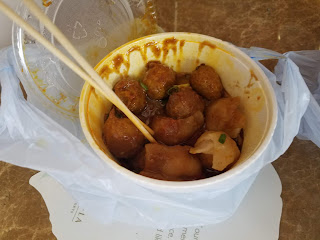 This street stall in Hong Kong is pretty famous for their noodles, but I couldn't get over the fish curry balls & wontons (they are separate orders, but they put it in the same togo container).  Spicy and with tons of flavor, way more than any curry fish balls I have ever tried before.  And the wontons had these wonderful chewy texture that I loved. 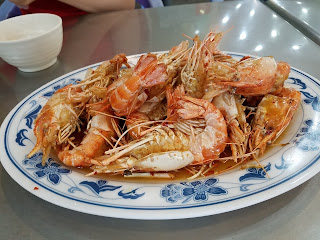 So Chuen Cheng in Taiwan is most famous as a shrimp fishing bar/restaurant.  I believe Anthony Bourdain went there during his Taipei No Reservations segment. Many guides online go over the fact you can rent a pole, fish for shrimp, and grill up your catch in the back (just search "taiwan shrimp fishing" to learn more).

Unknown to us until seeing a sign (it's not in English), you can actually pay the staff to cook the shrimp for you if you don't want to do it yourself on the grill.  And you can have it cooked in many different ways.  We just asked for a recommendation and they picked this, which was stir fried with some type of lemony kind of sauce.  Delicious because the shrimp were so large and fresh, but the lemony taste imbued into the shrimp. 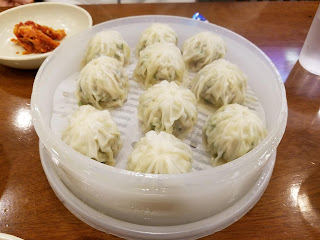 Myeongdong Kyoja is most famous for their noodle soups, but I was more blown away by their dumplings.  Larger than most Chinese style dumplings, they have a really thin skin that sort of "hugs" the meatball inside. 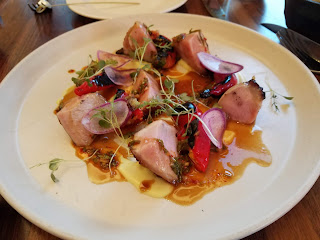 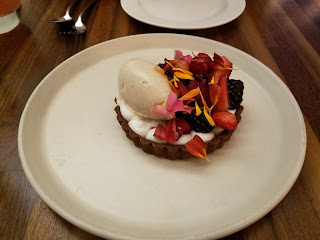 Had a great dinner at aina this year, and they're going to get 2 dishes mentioned.

I'm not the biggest fan of pork, perhaps having eaten too many dry and overcooked versions in my life, but this was the most tender and delicious pork I've ever had.  I assume it was sous vided and then smoked?  I have no idea.  Along with the ginger chimichurri, the dish was amazing.

The other dish I'll mention is the dessert.  The menu lists coconut pudding, coconut shortbread, and sweet potato vinegar ice cream in this tart.  Some macerated berries were on there as well.  An incredible mixture of flavors and some good crunch from the shortbread.  The ice cream was particularly delicious, which would not have been expected ... b/c it's vinegar flavor.
Posted by Albert Chu at 8:17 AM No comments: