Back in college, I was a huge fan of the WWE and professional wrestling. Characters like Stone Cold Steve Austin, Kurt Angle, and the Dudley Boyz were hilarious. However, no one could top The Rock. To this day, it still amazes me how a character like The Rock was able to "electrify" (one of his catch phrases) and completely energize a crowd. Take a look at this clip:

(One of Booker T's catchphrases is to say "Sucka" all the time, so part of the lines above are mocking Booker T.)

It's amazing in the video above to see how The Rock compares to Chris Jericho. Chris Jericho has pretty good stage presence and is a pretty good speaker, however he isn't even in The Rock's league. It's no surprise he was able to translate it into a successful Hollywood career.

So I don't watch the WWE as much as I used to, but I still like to catch an episode of WWE Raw here and there. When I mention to my friends or colleages that I still like to watch wrestling once in awhile, they always tease with a remark of "Al, you know it's fake?"

It got me thinking of why I began liking the WWE in college. Part of it was the comedy, as the shows the WWE put on were entertaining by itself (it's not as good nowadays, characters like The Rock and Stone Cold were epicly good). However, a significant reason was the respect I gained for professional wrestling.

Just because wrestling is theater/an act, doesn't mean it's easy. It takes many of these guys years of training to perfect their craft to put on a good show. In fact, the WWE has a developmental league (i.e. a minor league system) for wrestlers before they can come up to the big time. In addition, just because professional wrestling is "not real", doesn't mean it doesn't hurt. Many of the moves and much of the "theater" still causes pain on wrestler's bodies. While many of the moves, when properly done, limit pain on the body, it doesn't eliminate it. When someone get's body slammed, they aren't falling on soft padding. A quote I heard once was something like:

In other words, the steel folding chair is chosen because it won't cause serious damage. Things like baseball bats would cause actual injury.

I found these videos of the Rock too, it's an amazing stage presence:

When I saw this, my immediate reaction was, "Uhhh, will that even compile?" What this extension allows is for x to be returned when the condition is true. So it's pretty much identical to:

However, if x is an expression, it is only evaluated once. So there are some circumstances it could be quite useful. I felt sort of dumb when I didn't know it, but I felt better when multiple other co-workers didn't know this extension :-)
Posted by Albert Chu at 11:09 PM No comments:

I saw an ad off LinkedIn for Saint Mary's College ... 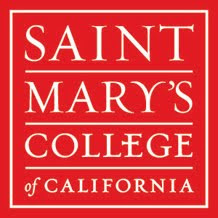 It looked really familiar, then I realized it ... 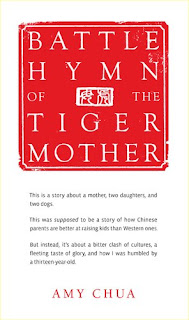