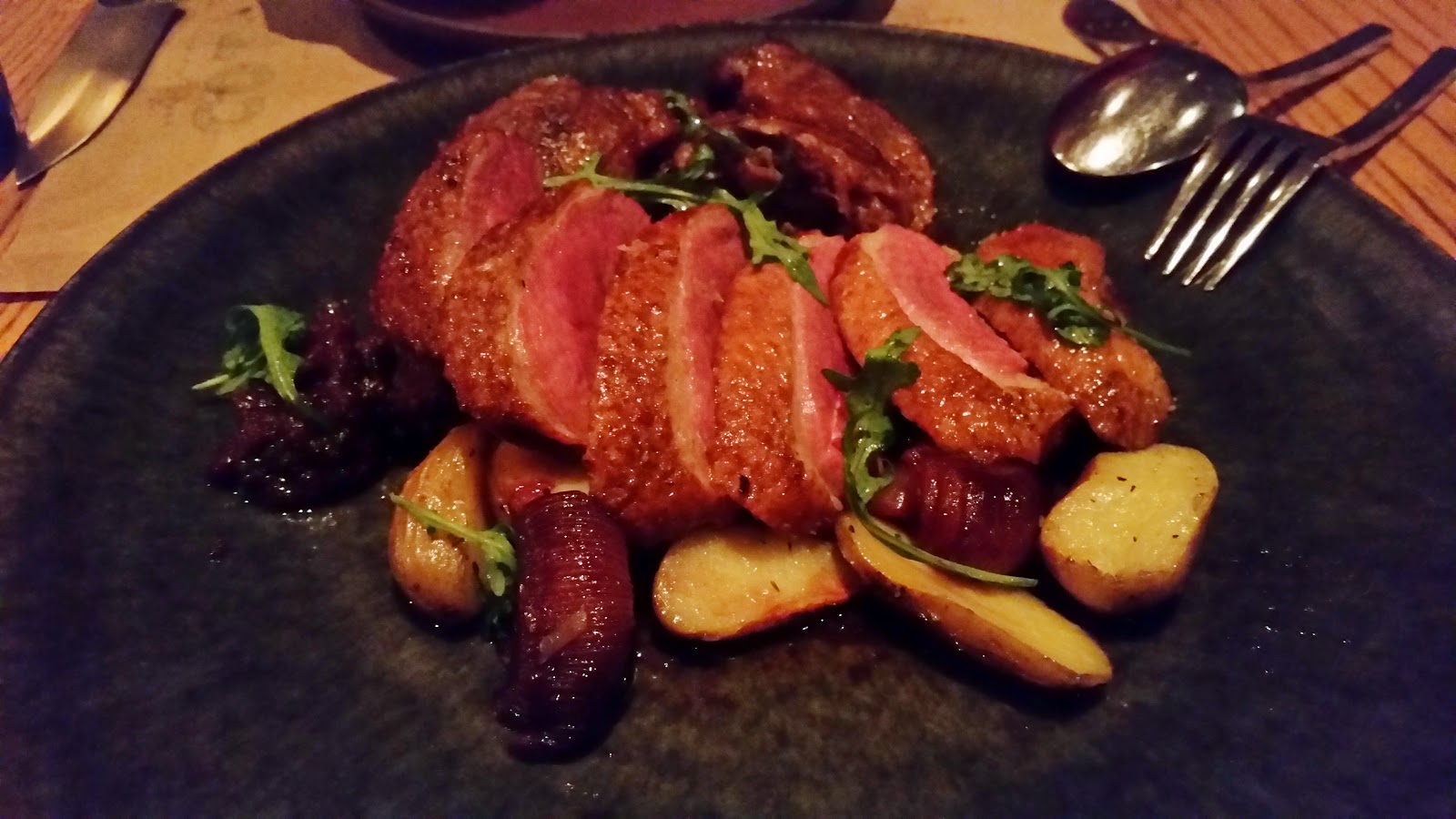 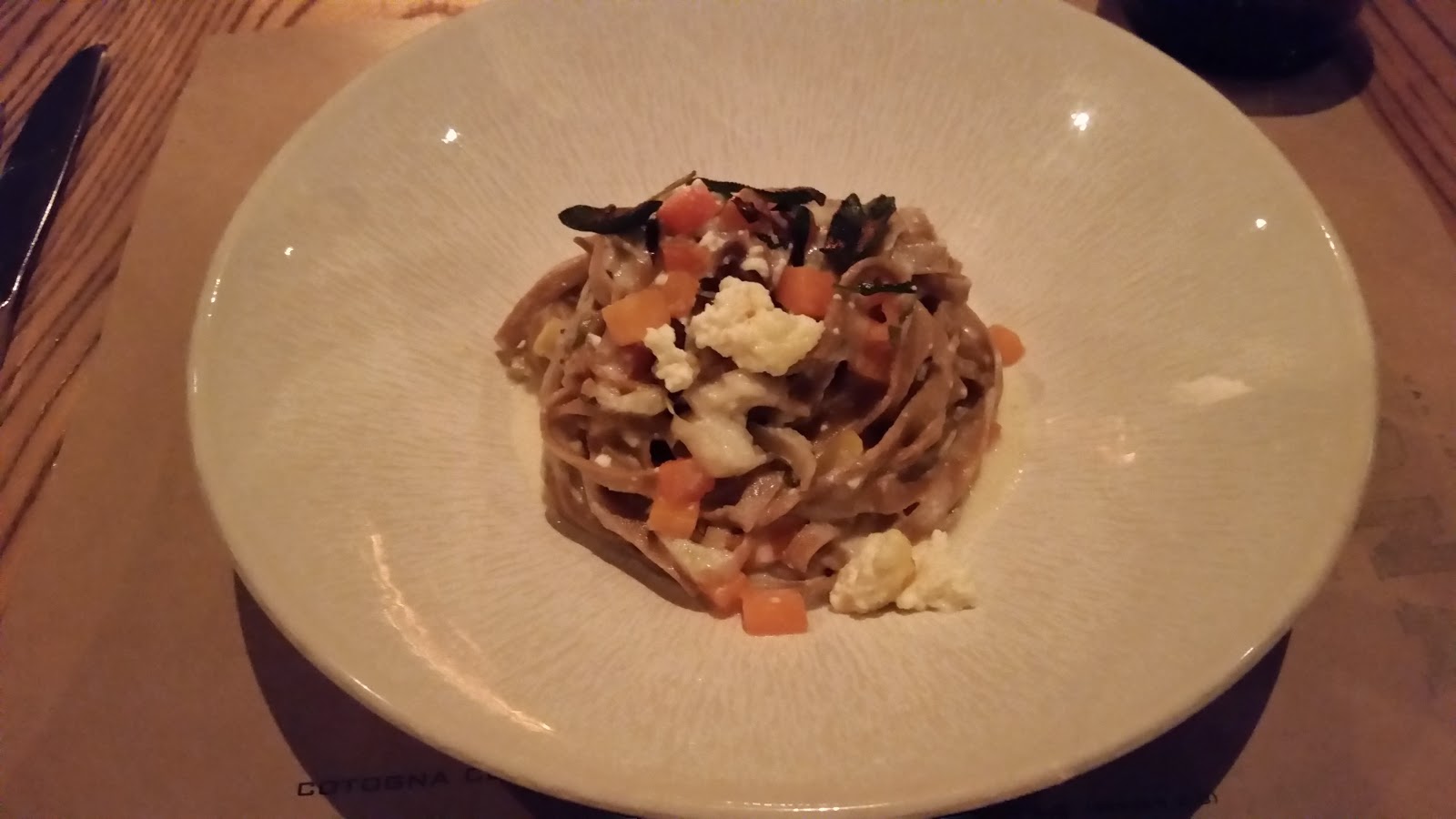 I recently went to Cotogna in San Francisco, CA.  It's a pretty well known Italian restaurant run by the folks from Quince.  My understanding is the staff at Quince decided they wanted to make Quince a high end fine dining establishment.  So they created Cotogna next to it to "move" a number of their more casual dishes over to it.  Quince apparently achieved its goal, as it eventually got two Michelin stars.  Cotogna did pretty well too, being awarded Bib Gourmand status from Michelin several years in a row.

Normally, I probably wouldn't write a blog post about Cotogna, as I usually reserve my blog for posts for nicer places or places with tasting menus.  However, Sunday is unique at Cotogna.  Instead of their normal a la carte menu, they offer a four course tasting menu for $55 dollars (which they call "Sunday Supper").  I'm the type of person that dislikes ordering off a large menu, so when a restaurant just serves you the food it feel it wants to serve you that day, I think that's a good thing :-)

Before going onto the food below, I will say that for the price, I thought the portions were very generous.  I honestly would have been just as happy with 1/2 the portion that was actually served.  So if you are looking for a lot of food for a good price, I think the Sunday Supper is great. 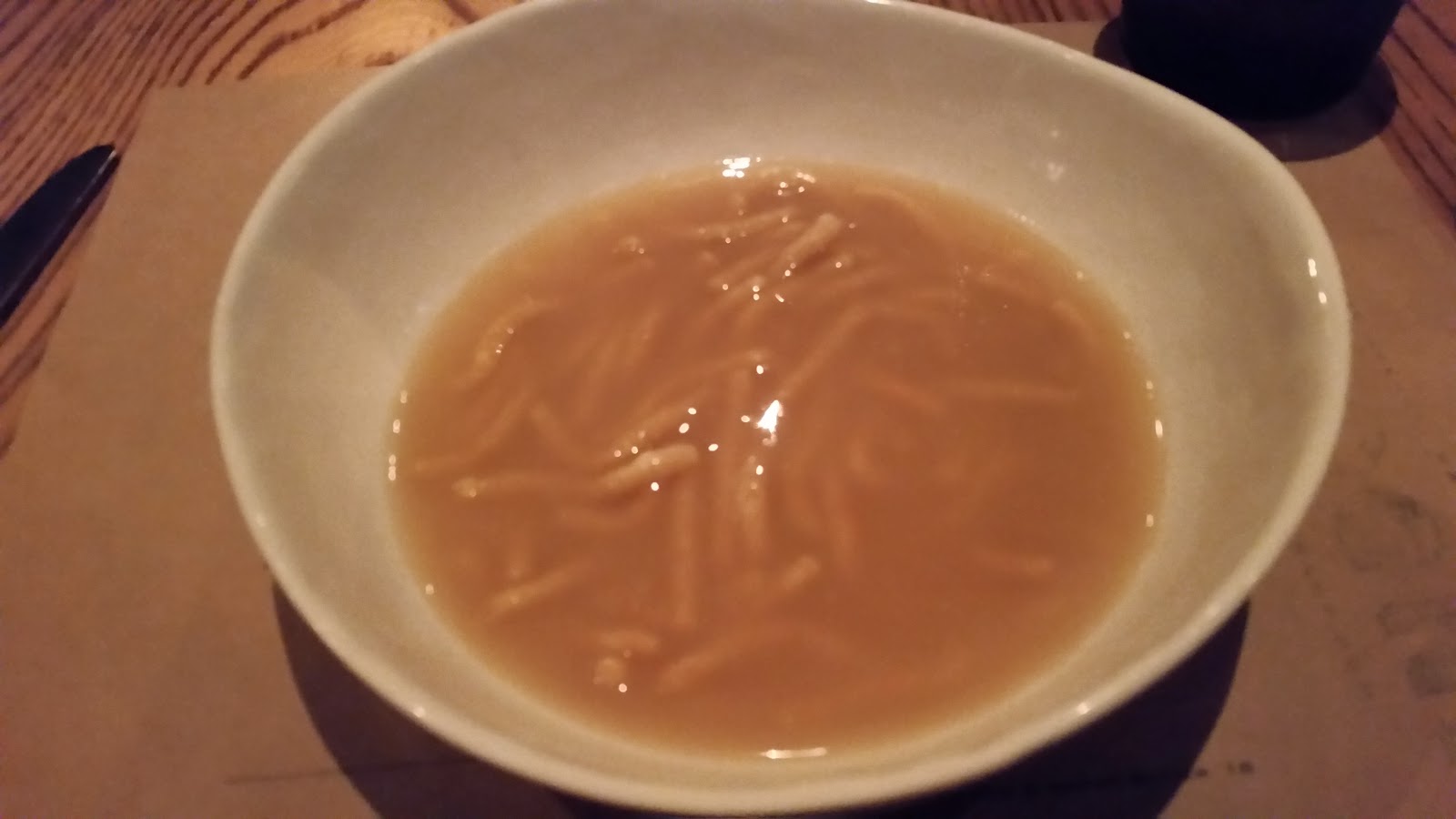 I will admit, this dish doesn't look that appetizing.  It sort of look like Campbells soup, however it was very tasty.  The broth was particularly good.  The waitress said you could think of this like an Italian chicken noodle soup.  The pasta was a pasta that I'd never tried.  According to wikipedia, passatelli is a pasta made of "bread crumbs, eggs, grated parmesan cheese, lemon, and nutmeg".  The pasta was really interesting. 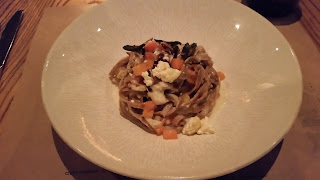 Another new thing, this was basically a chestnut pasta.  Something different than what I've had before.  Again, quite interesting and tasty. 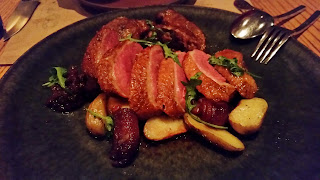 I should mention the above was a serving of duck for two people, as it was shared between me and my date.  I was bit disappointed in this main course.  The duck breast was a chewy for my taste.  It appeared the duck breast was cooked a tad rare.  I'm not sure if this is normal and how duck will be when rare, but I wasn't particularly fond of it.  However, flavor wise the duck was tasty.  Off to the left was a small sauce, perhaps cranberry or similar berry-like sauce?  That was quite good, as were the onions and potatoes. 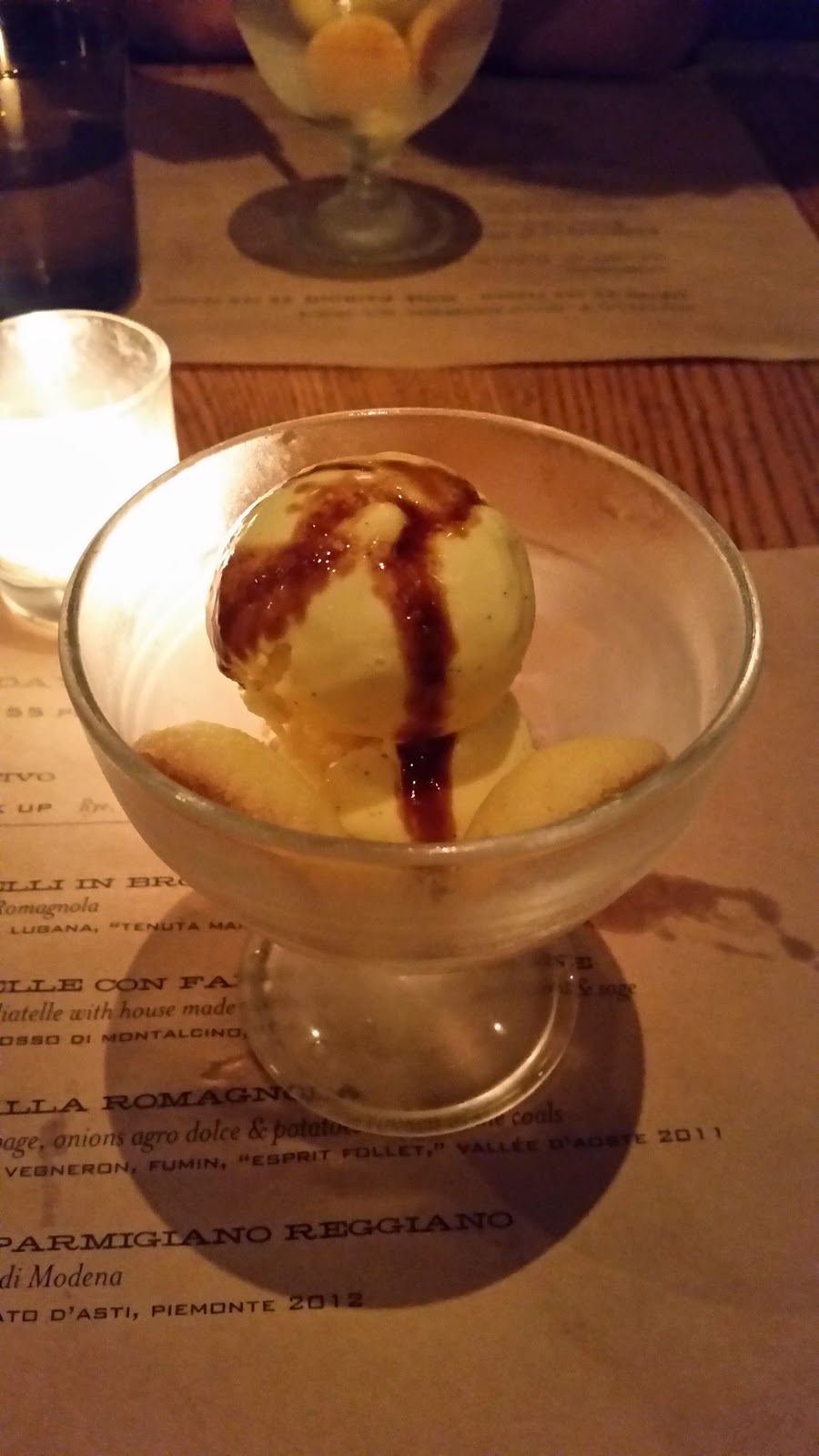 My date and I were originally trying to figure out what this gelato's flavor was.  When we asked the waitress, she said parmesan cheese.  Not what you'd typically think of for gelato, it was tasty and different.

So overall, a good dining experience.  I wouldn't say that it was a delicious meal, as too many things were presented to me that were quite different and unfamiliar to me.  However, I really enjoyed many of the different types of pasta and flavors presented that you normally won't see at an Italian restaurant.

Update:  I went to Cotogna again.
Posted by Albert Chu at 9:55 PM